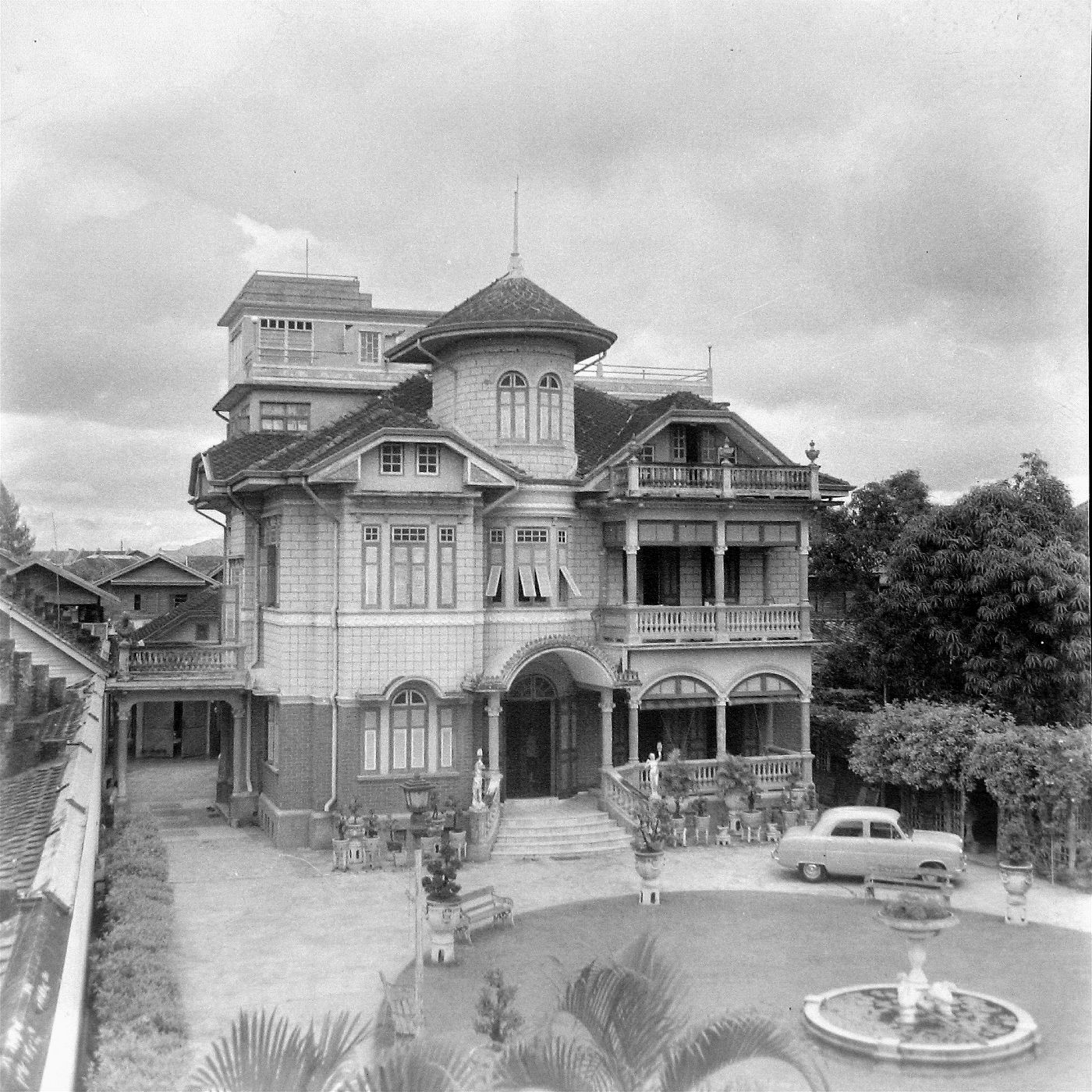 The Administrative Building at Charter International School was built in 2006 to be as an icon showing love and warmth in the family. The design of the main building is similar to the Baan Si Chom Phu, the Thienprasiddhi Family's house.

Baan Si Chom Phu (the pink house) is a three and a half-storey house built in European style, painted pink, and located on Silom Road . The house was owned by Mr. Singhto Thienprasiddhi, the great grandfather of the family. The house is estimated to have been built for more than 100 years, which is the era of King Chulalongkorn (Rama V) of the Chakri Dynasty.

Baan Si Chom Phu is the union that created famous families: Osathanugrah, Sukhosol, and Thienprasiddhi. Their ancestors once lived in this house. They grew up together. After they moved out, every weekend there were reunions at Baan Si Chom Phu when the families gathered, sang, danced and played music.

It is believed that the house is a symbol of love and warmth and that there are angels protecting the house from harm. During World War II the area was bombed and a bomb was dropped in the front yard of the house but luckily it did not explode. The house was safe from the war. Therefore, the family believed that this house is the safest place in the world.

Mr. Thada and Mrs. Lily Thienprasiddhi still live in the Baan Si Chom Phu House. They believe education is important so they built the early years school called Plengprasiddhi Kindergarten next to the house. There are now three branches of Plengprasiddhi Kindergarten School (Silom, Sailom, and Srinakarin). The family wanted to offer education not only to Thai children but international children; therefore, Charter International School was founded. Many architectural designs of the school building were proposed but they could not satisfy the family. The family wanted the school to become a second home for the children; therefore, the family proposed that the school be built based on the design of the Thienprasiddhi home.